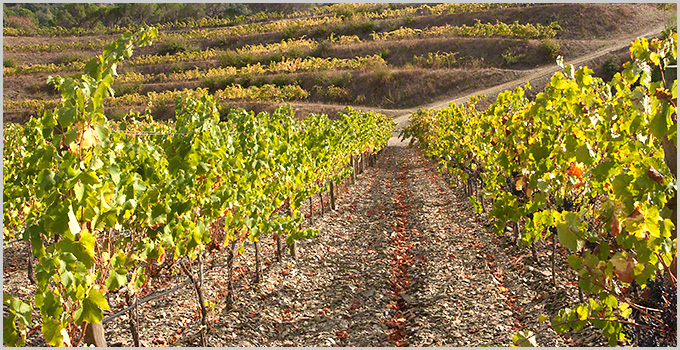 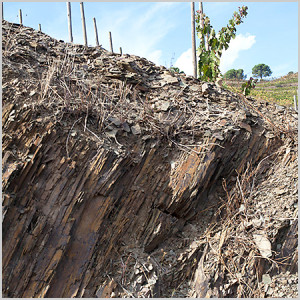 The Priorat wine region is only one of two wine regions of Spain that has been awarded the highest wine qualification, Denominación de Origen Qualificada, or DOQ, by the Government.The other region to achieve this qualification is the Rioja wine region.  The Priorat soil consists of layers upon layers of slate, with a thin clay soil separating each layer. They call this soil “llicorella.”  For the most part, the red wines are intense wines because of the soil and the way the vines and grapes are treated. The vines produce berries of intense flavors. When the grapes are picked and brought into the winery, they are usually double sorted. There is much manual labor to this process.

The main grapes in this area are Grenache, Carignane, Grenache Blanc and a few other varietals. Wines can be produced that are 100% Granacha or 100% Carignane, but most are a blend of the two with Granacha being the predominant grape. There are 4,500 acres of vineyards in the Priorat farmed by 600 vintners.

The two wine regions are very competitive. The Montsant wine region surrounds the Priorat. The Montsant folks say they  are the donut and Priorat is the hole. In Priorat they say that they are the yolk of the egg and the Monstant is the white of the egg. Yes indeed, they are rivals. There are a few winemakers who have wineries in both regions. 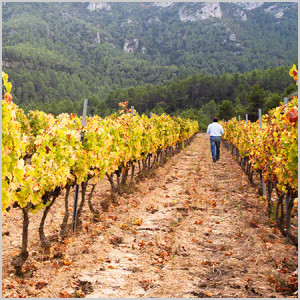