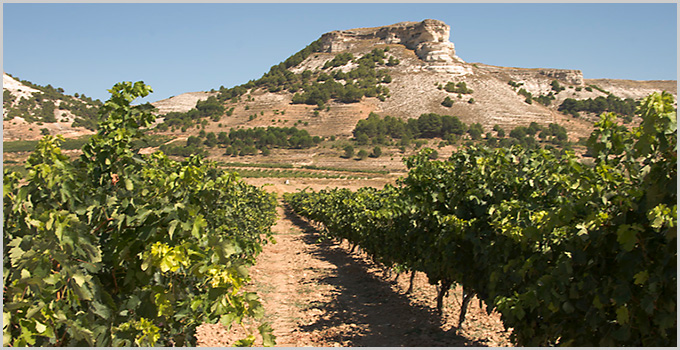 We wished that we’d had more time in the Ribera del Duero wine region. We visited only three bodegas on our one-day stint from Burgos.  We did not have any appointments, and that was a major mistake. In 2007 all the wineries required appointments to taste and take a tour. However, each bodega we visited had a tienda (store). We discovered that at each tienda, the wine was sold at wholesale prices. There was no markup like we have here in our California tasting rooms. What a fantastic idea!

One funny story: At the Bodegas Abadia Retuerta, the two of us arrived when a tour in English was just about to embark. There were only four people in the tour group. We asked the man at Abadia Retuerta if we could join the tour. Sorry, he said, you must call and make an appointment.”  “I said, “But there are only four people taking the tour.” He responded to my dire plea, “Sorry, but you must call to make an appointment!” We knew at that point there was no bending of the rules. Spain has its traditions.